Change in venue brings MARC back to the TajMaHO

Suffield, Connecticut, April 14, 2012 – As you all know this race was originally 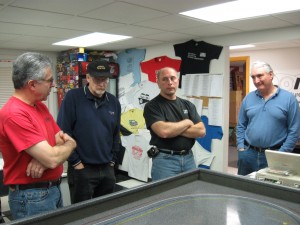 scheduled for the Scorpion at TK Motorsports Park in Middletown, NY. Due to moisture damage (cat vomit) to TK’s Buck Scorpion the venue was changed to one with the same layout. Dan DeCosmo stepped up and volunteered to hold the event since TK could not.

First on track was the 902 production class with F1 bodies. Eleven racers amateur and pro were on hand to try and tame the Scorpion. The Pro finishing order was Stez taking the win with 439 laps, John Pileggi finished second with 437, Dan DeCosmo 412, TK 407 and Tom Gray with 403.  In Amateur Bruce Gordon was the winner 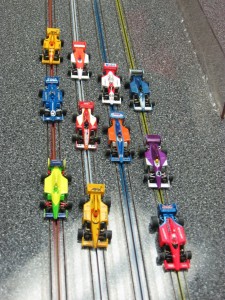 The 902s all revved up and ready to GO

After 2hrs of SS practice and pizza 4 amateurs lined up to do battle. Paul Ryer dominated as he has done all season in amateur with a total of 516, 2nd Benny Leyro 490, 3rd Dave Muse 485 and Vince Tamburo 452. 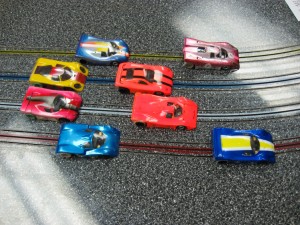 The Super Stocks ready for battle

The 10th and final round of the season will be held on Saturday, April 28, 2012 at Durf Hyson’s Thompson Motorsports Park.