Hull, Massachusetts November 11, 2018    With so many MARC members racing in England on the Derby Club LeMans replica track this 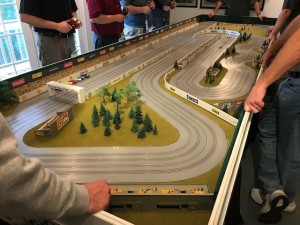 week, it was very questionable on how many local MARC members would attend the race at Nantasket Beach. Surprisingly 13 members were able to make it to this tiny peninsular and race on the Nantasket Beach Lady Gray track and the Nuvolari Super Speedway.

The first event was on the Lady Gray. The track is the oldest track design in our club. Since 1991 the Lady Gray has been on the MARC circuit and the layout is well known by most of our drivers. This knowledge generally leads to some very close racing on the track. Today was no exception.

would break both the Lexan G Jet and the Formula One G Jet lap total record with a 233.02 lap total. The Lexan G Jet record on the Lady was held by Rob Hayes who in 2011 scored 231 laps and in 2017 Dan Decosmo popped up 230.07 laps in Formula One G Jet race. Nice to see records being broken. Best lap total in this race was by Stez with 60 laps on blue lane and a best lap time of 4.793. Taking second in the Pro event was Ryan Archambault who had a 58.03 lap total on blue lane and a lap time of 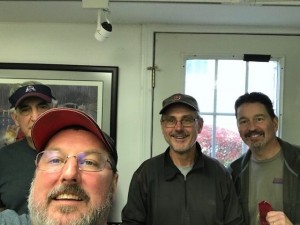 4.873 to help him score 219.03 laps. Nice racing Ryan. The third Pro position went to Paul Ryer, Paul placed 213.02 laps on the board and ran an impressive 4.974 lap time on gutter red. Taking the fourth ribbon spot was Tom Jahl. Tommy ran with 205.08 total laps. He had his best lap total on blue lane as well as a best lap time of 5.114. Congratulations to all the podium finishers. 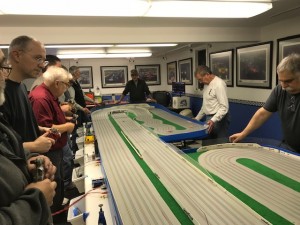 Super Stock action on the Nuvolari

when he blasted 494.01 laps on the six lane Nuvolari high banked track. Paul had a high on orange lane when he smashed out 88 laps and a lap time of 3.175. Pauls’ performance placed him in second place in Super Stock history on the track. The second place overall performance was previously held by John Reimels  when he knocked out 493 laps on November 12th 2013. The greatest super stock performance on the track is still held by John Pileggi on November 14th 2015 with an incredible 505 laps. 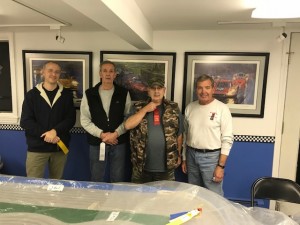 placed 3rd in Pro and fourth overall with 445.01 laps, not bad for a guy who has spent most of the week on a plane.