Vipers win 3 of 4 at LenJet Raceway 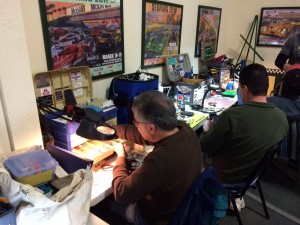 racers don’t let a little snow get in the way of having fun.  In addition to Tom Kanan and Paul Crosby making their first appearance of the season, we had Gary Hallenbeck and Gerd Wolny from the TriState region as well as Terry Ayer from New Hampshire making their first MARC appearance – welcome to all!

First up was MARC’s Spec Racer class on the Purple Mile – a great combination.  Since 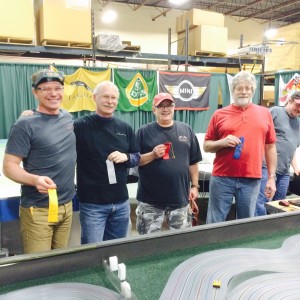 MARC started racing Spec Racers a few years ago, the class has really become very popular – they’re fast, easy to maintain and the use of slip-on tires makes them inexpensive to tune.  After our usual 90-minute practice session, the Sportsman had the track for a 12 person round robin.  Mike Tiffany dominated the race setting fast lap in 4 of the six lanes and high lap total in 5 of the six lanes brining down his first victory at a MARC event (it might be his first but it most certainly won’t be his last, nice job Mike! – JR). Finishing second was Donny Hall with third going to MARC newbie Gerd Wolny.  Phil Hilgert finished one lap behind Gerd in 4th with Oh Jimmy Colligan rounding out the top 5. 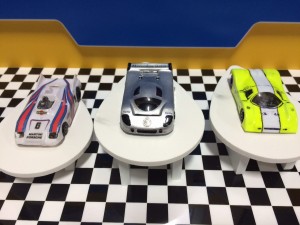 Next up it was time for the Pros to take to the track.  With the addition of Mike Tiffany, there were 11 racers vying for the top spot but Ryan Archambault made it known early that everyone else was battling for second as he simply dominated the race in his finely tuned Viper chassis.  John Reimels came the closest to challenging Ryan but he ran out of gas in purple turning only 70 laps to Ryan’s 75.  It’s hard to make up any laps on Ryan – never mind 5 laps…  Erik Eckhardt came home 3rd with John Stezelecki in 4th with long distance traveler Tom Kanan in 5th. 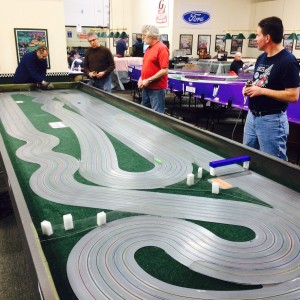 Fast Cars on the Viper - Life is Good

Another class that MARC has recently adopted is the Modified class.  Many of our Sportsman drivers weren’t happy with the speed and expense of campaigning a CMPM car so starting this year, whenever the Pros are running CMPM cars, the Sportsman division runs Modifieds.  The biggest problem with this arrangement is that the Pros are missing out on running a really fun class!  The second biggest problem is the winner of the Sportsman race can’t join the Pros for their race.

Gary Hollenbeck didn’t have a modified car in his box so he had to buy a car off the Viper display rack.  Let’s just say that he chose wisely as he went on to win the race 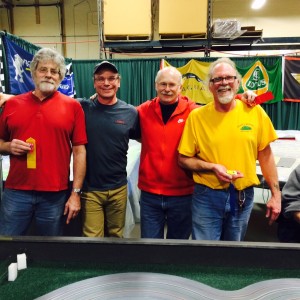 over his Tri-Stater track mate, Gerd Wolny.  Both of these guys ran a great race showing the MARC guys the fast way around the track.  The closest the local talent came was Phil Hilgert in third, about 15 laps behind the fast Tri-Stater duo.  Mike Tiffany finished 4th with newcomer Terry Ayer rounding out the top five with a very impressive run on the challenging Viper track.  It’s awesome to have 3 newbies in the top 5!

With only 8 Pro racers, we needed volunteers from the sportsman rank to help turn 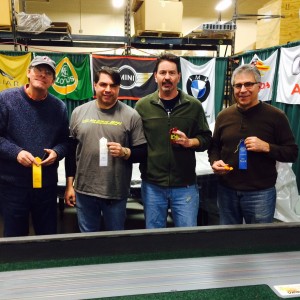 marshall.  Thanks go out to Tom Jahl and Terry Ayer for hanging in so the Pros could run all six lanes on the Viper track – THANK YOU!!!  Ryan Archambault, Tom Kanan and John Pileggi all looked fast in practice.  Would Rob or Erik be able to topple any or all of them for a win?  When it was all over, John Pileggi managed to pull out the victory despite having a pinion issue late in the race; John was using a Viper chassis making it a good day for the Viper crowd winning 3 of the 4 races.  Ryan ended up 3 laps short in second with Tom Kanan making the long commute worthwhile finishing another 2 laps back in third.  Rob Hayes wound up 4th with Erik Eckhardt and Peter Lentros finishing on the same lap in 5th and 6th respectively.

Thanks to Peter Lentros for hosting.

Thanks to Gary, Gerd and Terry for joining us.

Thanks to TK for making the long drive to join us for the day.